$36bn withdrawn from super during COVID-19

The latest report from the Australian Prudential Regulation Authority (APRA) has revealed that workers withdrew more than $36 billion from retirement funds through the early release of super.

The new data revealed that a total of 3.5 million initial applications were approved across the full period of the scheme as well as 1.4 million repeat applications approved during the second application period from 1 July 2020 to 31 December 2020.

Funds were generally able to process applications and make payments in a timely manner throughout the duration of the scheme, according to APRA. Overall, funds took an average of 3.3 business days to make payments, with 95 per cent of payments completed within one to five business days.

Among all funds that made payments, 96 (63 per cent) completed more than 90 per cent of payments within the five business days guideline indicated by APRA. With limited exceptions (1.8 per cent), payments to members were completed within nine or fewer business days from receipt of applications by funds from the ATO.

The new data revealed the top 10 funds with the highest number of applications received accounted for 66 per cent of total early release payments and made 96 per cent of payments within one to five business days.

“Less than 8,000 applications… were still in process at 31 January 2021, mainly because funds had been unable to contact applicants to finalise payment,” APRA said. 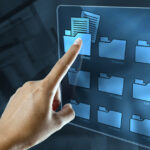 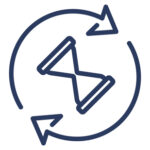