A Senate committee has recommended that the JobMaker hiring credit legislation be passed, despite concerns over its narrow eligibility and lack of protection for older workers.

ATO details and outline of this program

To be eligible, the employee will need to have worked for a minimum of 20 hours per week, averaged over a quarter, and received the JobSeeker payment, Youth Allowance (other) or Parenting Payment for at least one month out of the three months prior to when they are hired.

Employers cannot be receiving JobKeeper payments at the same time and must also meet a number of eligibility conditions, including being registered for pay-as-you-go (PAYG) withholding, holding an Australian business number (ABN), being up to date with their tax lodgement obligations, and reporting through Single Touch Payroll (STP).

Labor senators believe the hiring credit is likely to favour firms that have done well, or were less hard-hit during the pandemic, and is unlikely to support the 450,000 jobs that the government has put a claim to.

Concerns over the lack of protection for workers above 35 were also put forward to the Senate committee, with submissions noting that some employers may replace existing workers with subsidised workers.

“COSBOA has seen no evidence to show, in the current labour market conditions, that wage subsidies are not needed for unemployed people over the age of 35,” said the Council of Small Business Organisations Australia.

“The focus on younger workers may result in unintended negative consequences for recently unemployed mature-aged workers.”

The Australian Council of Trade Unions also believes that “many Australians aged 35+ have also experienced significant economic shocks, with more likely to occur in 2021 when many of this cohort who are currently relying on JobKeeper are likely to see that support end”.

The Senate committee, however, recommended that the bill be passed, noting that most of the submissions provided to the inquiry had given their in-principle support.

“While submitters and witnesses raised concerns about the possible abuse of the scheme, and the potential for older workers to be disadvantaged, it is clear that protections do exist within the already established laws passed in response to the pandemic and the pre-existing laws and processes that govern the ATO’s operations.” 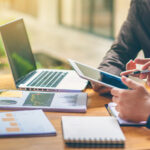