Economic recovery could be slower than anticipated: RBA

The Reserve Bank of Australia has warned the economic recovery from the COVID-19 pandemic remains uncertain, with its latest figures being worse than those predicted three months earlier. 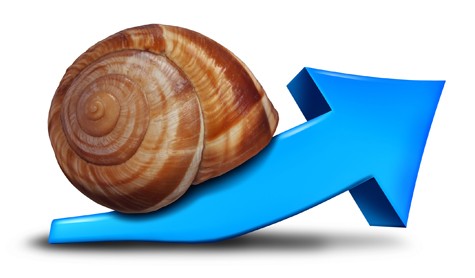 In its monthly monetary policy update, RBA assistant governor Luci Ellis outlined three scenarios which the economy could take depending on how quickly the virus is contained and restrictions lifted.

In all three scenarios — baseline, an upside and a downside — these will now see Australia’s unemployment rise and its GDP fall, but the levels change based on the health outcome.

The three scenarios all assume international borders will remain closed and travel will be restricted until the middle of next year.

The RBA’s new baseline scenario isn’t what one would normally consider optimistic, with unemployment expected to soar to almost 10 per cent by the end of the year, a figure that was unthinkable at the start of the year.

“The situation in Victoria will reduce growth in the September quarter and push out the recovery beyond that,” said RBA assistant governor Luci Ellis. “That said, activity is expected to continue to recover in much of the country over the rest of this year and next. The recovery is expected to be slow and uneven, and GDP will probably take several years to return to the trend path expected prior to the virus outbreak.”

This will also see the June 2021 growth forecast be reduced by 4 per cent from a 7 per cent previously forecast.

Business investment is also expected to be worse than originally forecast, falling 17 per cent this year, with the May forecast suggesting a 13 per cent reduction.

The RBA continues to rely on a vaccine or a medical breakthrough to achieve its upside scenario as it would see the national economy bounce back harder than first predicted.

“An effective vaccine would take a bit longer to be distributed, so it would mainly affect outcomes next year and the year after. But it could also result in a stronger recovery than we have assumed even in the upside scenario presented here. A worse outcome than our downside could be conceivable if the virus cannot be contained and further waves of infection occur around the world for some years yet,” Ms Ellis said.

The RBA’s May statement on monetary policy reads: “If the lifting of restrictions is delayed, the restrictions need to be reimposed or household and business confidence remains low, the outcomes would be even more challenging than those in the baseline scenario.

“For this scenario, we assume that many restrictions remain in place until closer to the end of 2020 and international travel restrictions are in place well into next year.”

The upside scenario also assumes that infection rates fall quickly and stay low. The pace of decline in case numbers is assumed to be a bit faster than in the baseline, so the restrictions are eased a bit faster. This would be similar to the experience of some of the smaller states in recent months.

The RBA has also predicted that the economy could follow Victoria’s stage 4 lockdowns, with its downside prediction noting further restrictions and barriers to an economic recovery.

“Australia itself faces a series of outbreaks and periods of stage 3 or 4 restrictions in some states,” Ms Ellis aid. “The result is further near-term weakness in activity. Confidence is damaged and so the recovery is much slower as well. The extent of the damage would depend on how widespread and long-lasting renewed restrictions need to be to get control over the spread of the virus.”