Share economy participants will no longer be able to evade their tax obligations as the government looks to legislate a new compulsory reporting regime.

The new reporting regime will see share economy platforms — such as Uber, Airbnb and Deliveroo — required to report information of all transactions to the ATO, in the same way the taxable payments reporting system (TPRS) is being currently applied across a number of industries.

Transactions relating to a ride-sourcing or a short-term accommodation service will be first in line for the reporting regime, with share economy platforms required to report these transactions from 1 July 2022.

All other share economy transactions will fall under the new reporting regime from 1 July 2023.

The ATO will specify the frequency of the reporting but has indicated that it will begin requiring reports on a biannual basis.

Draft legislation released by the Treasury on Tuesday notes that all electronic platforms that allow entities to make supplies available to an end-user consumer through the platform will be covered by the new regime.

It includes platforms such as a website, internet portal, app, gateway, store or marketplace.

The requirement will generally not apply if the transaction only relates to a supply of goods where ownership of the goods permanently changed, where title to real property is transferred, or the supply is a financial supply.

The measure, first raised in the 2019–20 Mid-Year Economic and Fiscal Outlook, comes after the Black Economy Taskforce found that without a reporting regime in place, it would be difficult for the ATO to gain information on compliance of sharing economy participants unless targeted audits were used.

It also argued that a reporting regime would send a clear signal to sharing economy participants that in most cases payments would be taxable.

The Institute of Public Accountants’ Tony Greco, who sits on the taskforce, believes the new reporting regime will send a strong message to gig economy participants.

“There’s nowhere to hide anymore,” said Mr Greco. “If you are a participant and whether it was intentional or unintentional that you didn’t report that income, those days are over.

“It is a significant and growing part of the economy and the risk to revenue just becomes too big to ignore.

“Participants will have nowhere to hide once the reporting regime takes hold which will lead to a level playing field with other sources of income such as wages.” 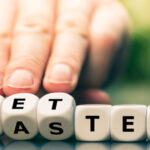