The Australian economy is predicted to grow “slower than previously thought” over the next 40 years, as the nation grapples with a tax mix that relies heavily on income tax despite an ageing population.

The federal government on Monday released its 2021 Intergenerational Report (IGR), the fifth of its kind, which forecast slowed growth for the Australian economy over the next 40 years as Australia’s population ages, and puts pressure on federal deficit repayment.

This will account for 53.1 per cent of total taxation receipts, up from 49.6 per cent this financial year.

The report goes on to suggest that company tax receipts will likely remain volatile as indirect and consumption-based taxes form a smaller proportion of total tax receipts than they have in the past.

“Comprehensive tax reform must be put back on the table, with a renewed resolve to reshape the system to sustain a strong and dynamic economy and pay for the essential services so important to our communities,” Ms Cilento said.

Treasurer Josh Frydenberg said the report details the long-tail impacts the COVID-19 pandemic are likely to mount in the face of the Australian economy but warned against hiking taxes.

“Our population is growing slower and ageing faster than expected,” Mr Frydenberg said. “The Australian economy will continue to grow, but slower than previously thought. Growth will continue to be highly dependent on productivity gains.

The fall, according to the report, presents challenges for Australia’s long-term economic growth and fiscal outlook, as a working-age person’s taxes will be required to support a greater number of people aged over 65, with no revenue mechanisms yet in place to offset the nation’s ageing population unable to work.

It highlights that a larger, older population will require greater government spending in healthcare, the Age Pension and end-of-life support, and has implications for participation and productivity growth.

As the population continues to age and adds pressure to the budget, the report suggests government policy will need to adapt and foster economic growth to overcome these fiscal challenges, instead of generating feasible revenue streams to support them.

“While Australia’s debt is sustainable and low by international standards, the ageing of our population will put significant pressures on both revenue and expenditure,” it said.

The report goes on to highlight that future governments will need to manage spending pressures by “improving the efficiency of service delivery” and delivering services like health and aged care via targeted programs paid for by the lowest, most “efficient” taxes possible.

“It’s a trajectory similar to many of the previous IGRs reflecting the impact of an ageing population and existing policy settings,” Mr Frydenberg said. “However, the budget position is significantly better than projected in most past IGRs.

On economic growth, the Treasurer said governments will need to invest further in skills, infrastructure and digital transformation, along with a more efficient tax system, though he shied away from detailing what that might look like, in both his speech, and the report.

“With productivity responsible for over 80 per cent of Australia’s national income growth over the past 30 years, the task is obvious and the choice is clear,” Mr Frydenberg said.

“If we want to maintain our living standards, generate higher wages and create more jobs, Australia has no alternative other than to pursue economic reform, much of which is hard and contested.” 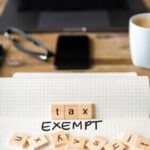